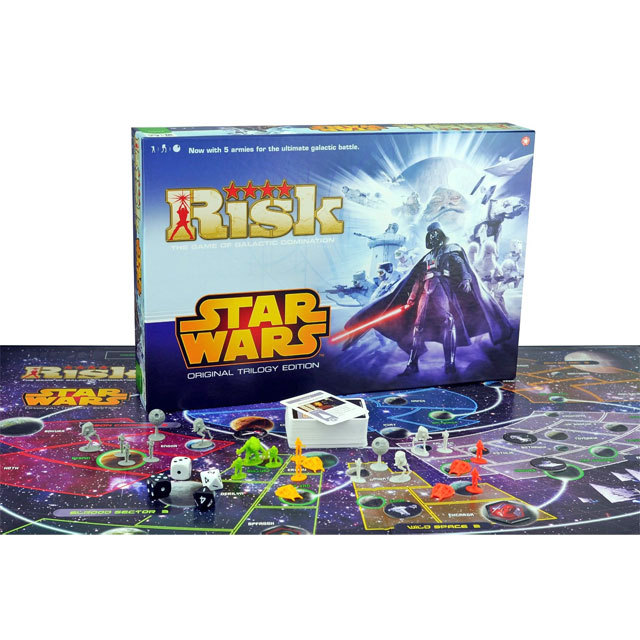 A game of galactic domination!

If you would like us to send you a quick message if we get this back please use our Notify Me System In the meantime while you are visiting please check out all the other popular and best selling gifts on our website, you’re bound to find something you’ll love.

A long time ago in a galaxy far, far awayƒ?Ý A civil war is brewing.

The Rebellion is gathering its forces at a hidden base, and The Empire is spreading terror across the galaxy from a master battle station, the Death Star! Meanwhile, the Hutts are staking out their own claim, and there is only room in the galaxy for one factionƒ?Ý When the dust settles, which will it be?

Your Star Wars Original Trilogy Edition is a strategic board game, and variation of the classic board game Risk, with the rules and appearance altered to fit neatly within the fictional Star Wars Universe during the Galactic Civil War period.

In this edition, there are three distinct factions: the Empire, the Rebel Alliance, and the Hutts; each has its own victory condition. Players choose to play as one of these factions to battle for domination of the galaxy.

- The Empire must eliminate all rebel forces and can use the Death Star to terrorise all.
- The Rebel Alliance must find and destroy the Emperor, who will be hidden under one of the imperial bases, by growing in the Force as the game goes on.
- The Hutts must take control of 10 out of the 13 designated resource plants on the board.

Heroes and villains such as Luke, Darth Vader and Boba Fett come into play on the many faction cards that can be played throughout the game. Each faction can also enhance their attack with ships.

So now it's your turn to conquer the galaxy as you deploy your armies in key locations such as Hoth, Tatooine, Coruscant and Nar Shaddaa and battle against your opponents. Will you aim to complete a special mission or go all-out to destroy all who stand before you?

Be The First To Review This Product!

Help other CoolThings Australia users shop smarter by writing reviews for products you have purchased.

Most popular from the SimplyCool category: 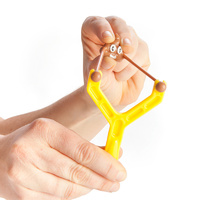 Please Note: Your gifts can be delayed if there is no-one available at the delivery address to sign for them, for best results please make sure someone is home or get your CoolThings delivered to a business address..

Tips for Getting Your Gifts On Time:

- Choose a delivery address where someone will be available to receive the package and sign for it.
- Check your local Post office for any packages that may not have been delivered because no-one was home to sign for it.
- Delivery dates for orders applies to in stock items only, if something isn't in stock please refer to the ETA for estimated ship time.

**For speedy delivery in time for Christmas we recommend you select Express delivery. (hey its only a couple of bucks extra)

All Content, Text, Photos, Videos, Media on this website is Copyright © 2021 CoolThings Australia - stealing other peoples work is uncool, please don't do it. 153